Claudia Andujar settled in Brazil in 1955 and from the 1970s started to work with the Yanomami people from the Amazon rainforest, depicting in her photo reportages the strain caused by forestry and mining exploitation and collaborating with the community on an array of initiatives. Perceptible in the series Marcados (Marked) is the conflux of the Yanomami culture and culture from the major city: the mounting interest in economically exploiting Amazon territory and the arrival of workers to build the Trans-Amazonian highway resulted in the displacement of and threat to the community, which was also suffering from new diseases for which it had no defences. Joining medical teams, the photographer recorded every individual with a number hanging from their neck, used as an image on their vaccination cards but simultaneously bringing to mind prison records. This identification led to the possibility of saving the lives of many Yanomami people, but also drew a parallel with the artist’s own biography and the experience of many of her family and friends, also marked and thereafter murdered in the Nazi concentration camps during the Second World War. Equally, the method of recording and control radically contrasted with the Yanomami’s way of life and the manner in which they conceived of and related to the land. 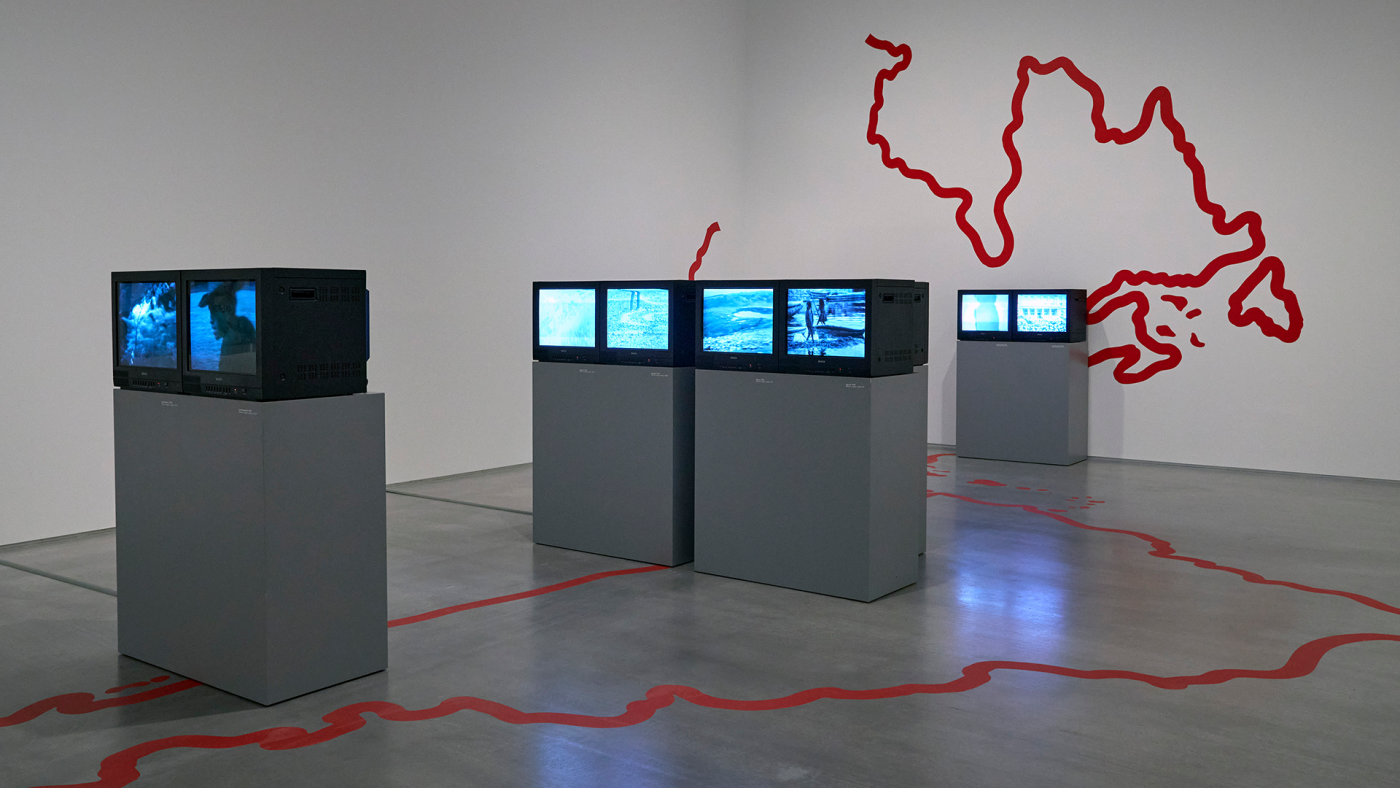