This group of four photographs and one text documents Sanja Ivekovic’s performance in Zagreb on the 10th of May 1979, the day of President Tito’s visit to the city. The artist describes the interaction that took place between her (on the balcony of her apartment), a person who could see her from a rooftop and a policeman supposedly communicating by walkie-talkie with the observer. According to the text accompanying the photographs: “The action begins when I walk out onto the balcony and sit on a chair, I sip whiskey, read a book, and make gestures as if I perform masturbation. After a period of time, the policeman rings my doorbell and orders the ‘persons and objects are to be removed from the balcony’.”
Trokut (Triangle) is representative of Sanja Ivekovic’s work in the 1970s, in that it sets up a confrontation between public and private spaces, exemplifying both her political activism from a critical perspective and her interest in dealing with gender-related issues. It is unsurprising that Ivekovic was seen as a pioneer in the world of feminist art in Yugoslavia in the early 1970s.

Room 001.09
Artworks in the collection 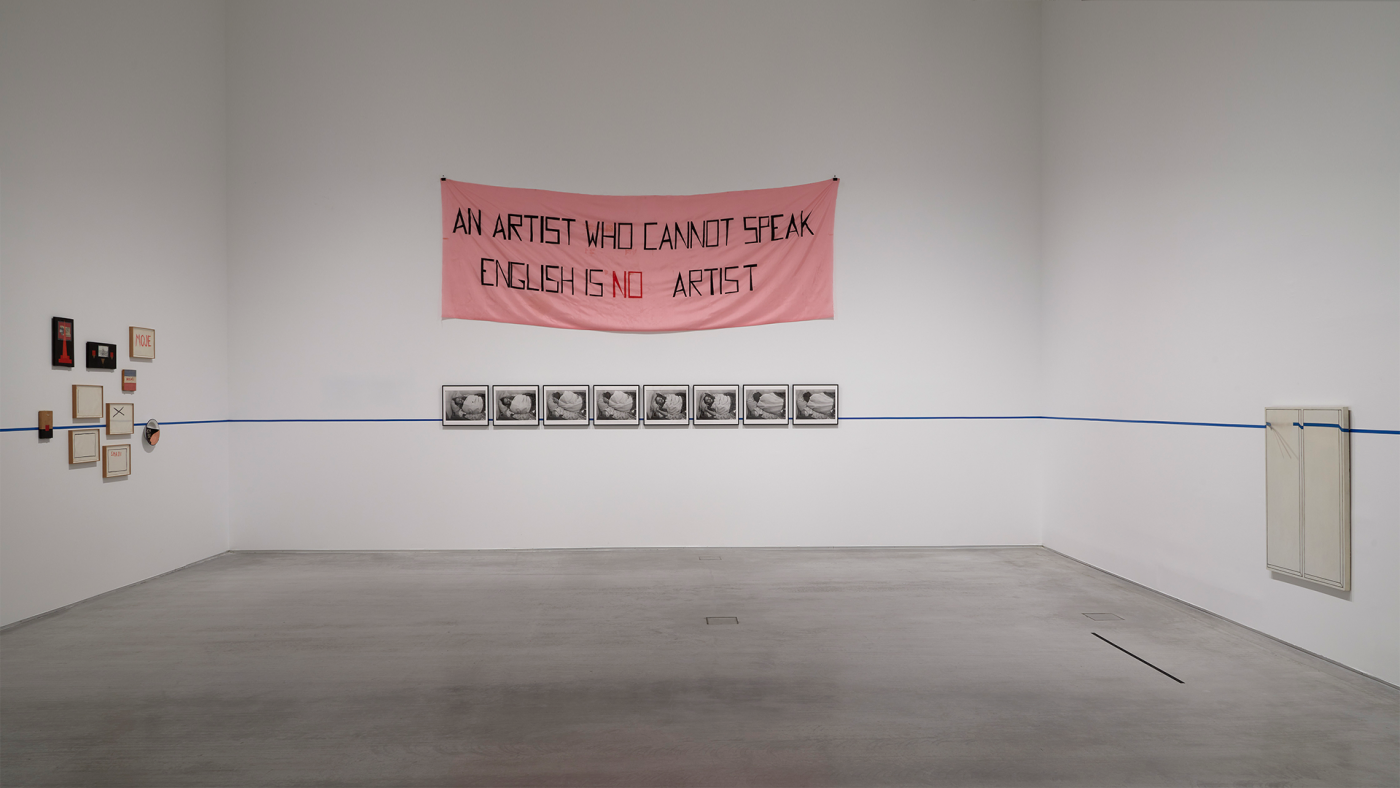