Salvador Dalí met Luis Buñuel at the Residencia de Estudiantes in Madrid, and formed an intellectual group with Federico García Lorca and Pepín Bello, among others. One result of the relationship between the filmmaker and the painter is the scripts for the best-known Surrealist films, Un chien andalou (An Andalusian Dog, 1929) and L’âge d’or (The Golden Age, 1930), as well as an oil portrait Dalí did in 1924 of his friend Buñuel. In the painting, currently in the Museo Reina Sofía collection, Dalí abandons the Cubist proposals of the years immediately before in order to pursue the aesthetics of the return to Classicism prevalent in continental Europe in the mid-1920s. However, the stark structure of the volumes is reminiscent of a typically Cubist way of working, helping to bring out Buñuel’s forceful personality, his head and shoulders powerfully set against the tiny buildings of the landscape behind him. 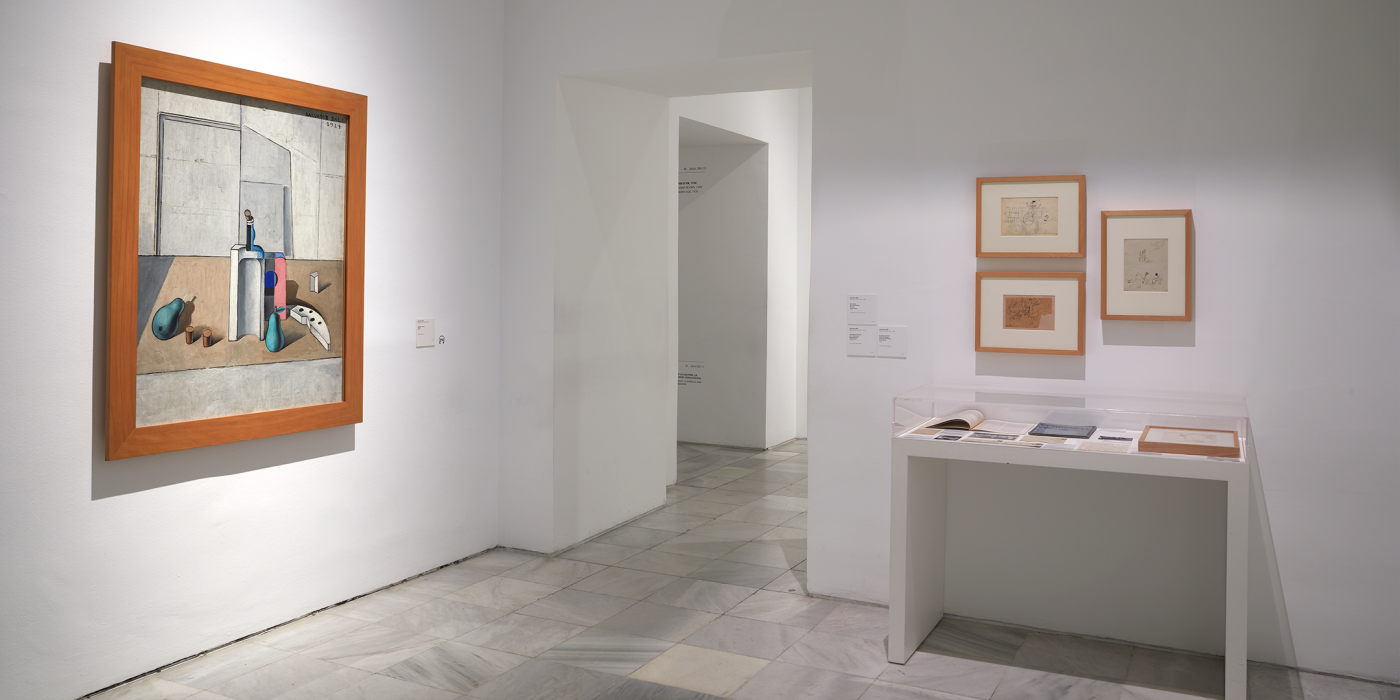