This computer-generated work was done at the Computing Centre at the University of Madrid, a laboratory where creators from a wide variety of areas (visual artists, poets, musicians, architects and so on), created a broad framework of thought and experimentation regarding the application of computer technology to the various artistic disciplines, and to other aspects of life. The Computing Centre organised a number of seminars, which José Luis Alexanco took part in as the only artist able to do his own programming. At this time, the Madrid artist’s work was based around mathematical research into construction and deconstruction of anthropomorphic figures. He began with three-dimensional models somewhat reminiscent of contorted human figures, created by putting together layers generated from contour lines. The layers are then modified and combined in random patterns using Alexanco’s computer application. The volumes produced by the programme were subjected to transformations through a series of turns, expansions, insertions and combinations of the forms. As a result of the MOUVNT programme’s application, Alexanco produced a series of three-dimensional sculptures in resin and other materials. 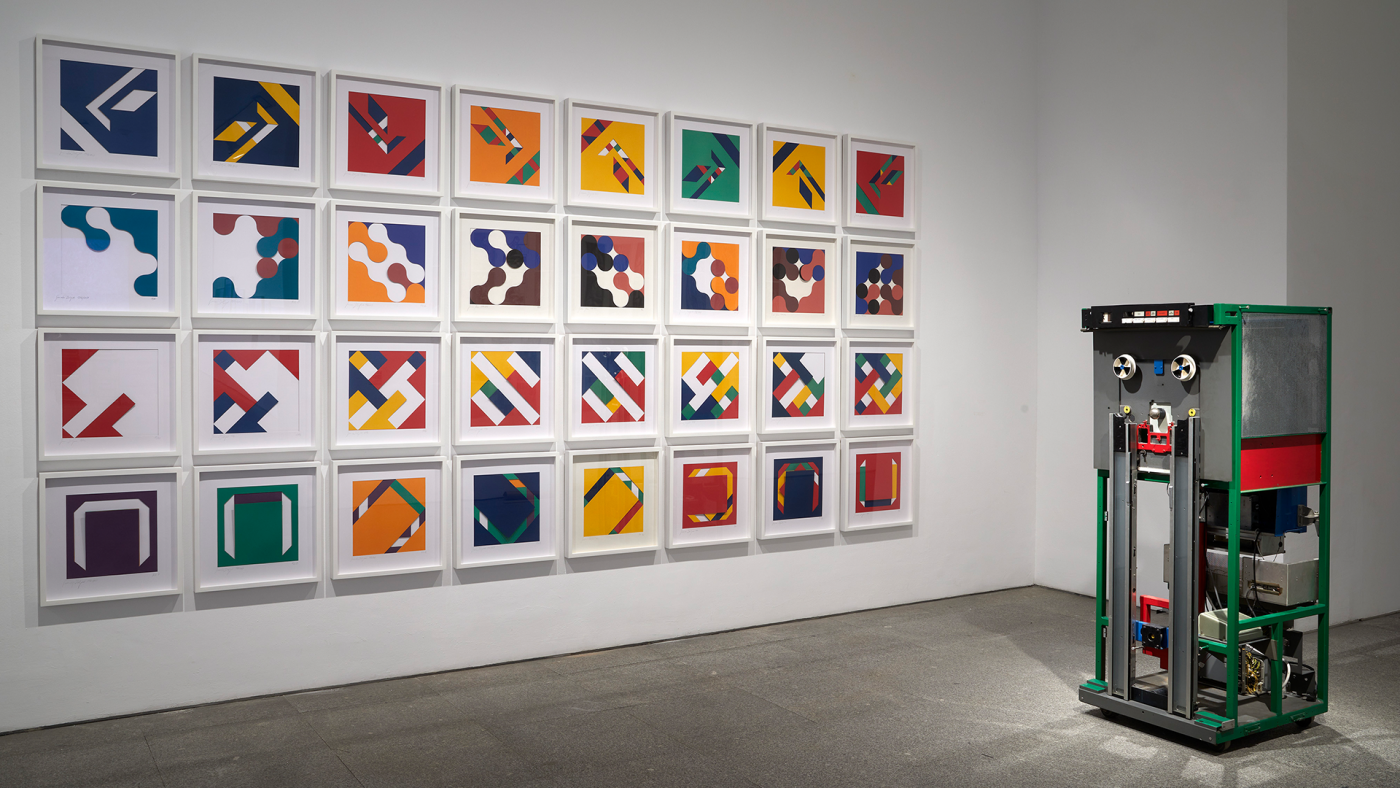