Eduardo Chillida’s abstract work echoed a vision of the world as a reality of dualities and oppositions, based on the concepts of rhythm, rumour and music as vibrations of the spatial experience. Peine del viento I (Wind Comb I) is a reference to “the opposition between iron and air”, an example of what the poet Octavio Paz called “universal opposition”, identifying the language of Chillida with the world of opposites described by the pre-Socratic Greek philosophers. Other contemporary critics, such as Vicente Aguilera Cerni, made the connection between Chillida and the Basques relationship towards the atavistic and the mythological: “The overwhelming power of their language stems from national traditions, myths, legends and Basque people’s spontaneous symbolism.” The sculptor’s work is linked to deeply rooted concepts of the world, which he himself openly described as the basis of the universality of an artistic language immersed in the concepts of time, space, matter and spirit. In Peine del viento I he deals with one of his essential concepts, limits: space is defined by various intersecting planes limiting what was, before the presence of the sculpture, a mysterious void. In 1970, Chillida’s description of the concept was: "The limit is the real protagonist of space, just as the present, another limit, is the real protagonist of time. […] The spaces I work with are virtual or inaccessible."

Eduardo Chillida
Artworks in the collection 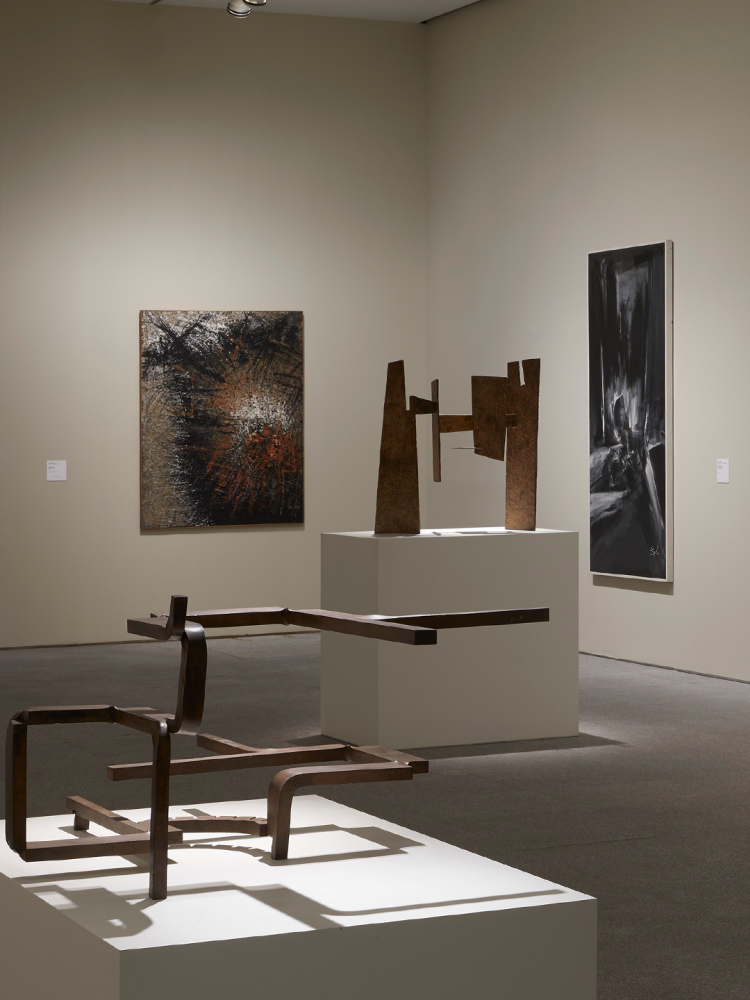