This work belongs to the series Soldats soldés created by Miralda in Paris between 1965 and 1973, based on his experience in the compulsory military service. The series began with drawings and collages, then moved to found objects covered with hundreds of toy soldiers, and it continued with a series of public interventions in Paris featuring the life-size fiberglass reproduction of one of these figures. The culmination of these actions was the urban performance Paris. La Cumparsita, created with the collaboration of Benet Rossell. The film shows the route taken by the figure in its different placements throughout the city: its passage through Place du Tertre, Les Champs Elysees, the Louvre, the former market Les Halles, etc. The reason behind these movements was to find a permanent pedestal for it. The work is considered essential in the career of the authors, because it marks the beginning of their performative practice, and also in the production of Spanish conceptual art in the 1970s, due to the loss of materiality and the political critique underlying the work. The film also documents the interests of exiled Spanish artists living in Paris during the final years of the Franco period, artists who, from a distance, carried out individual projects with a high degree of political content.

Room 433
The Studio Is the Street 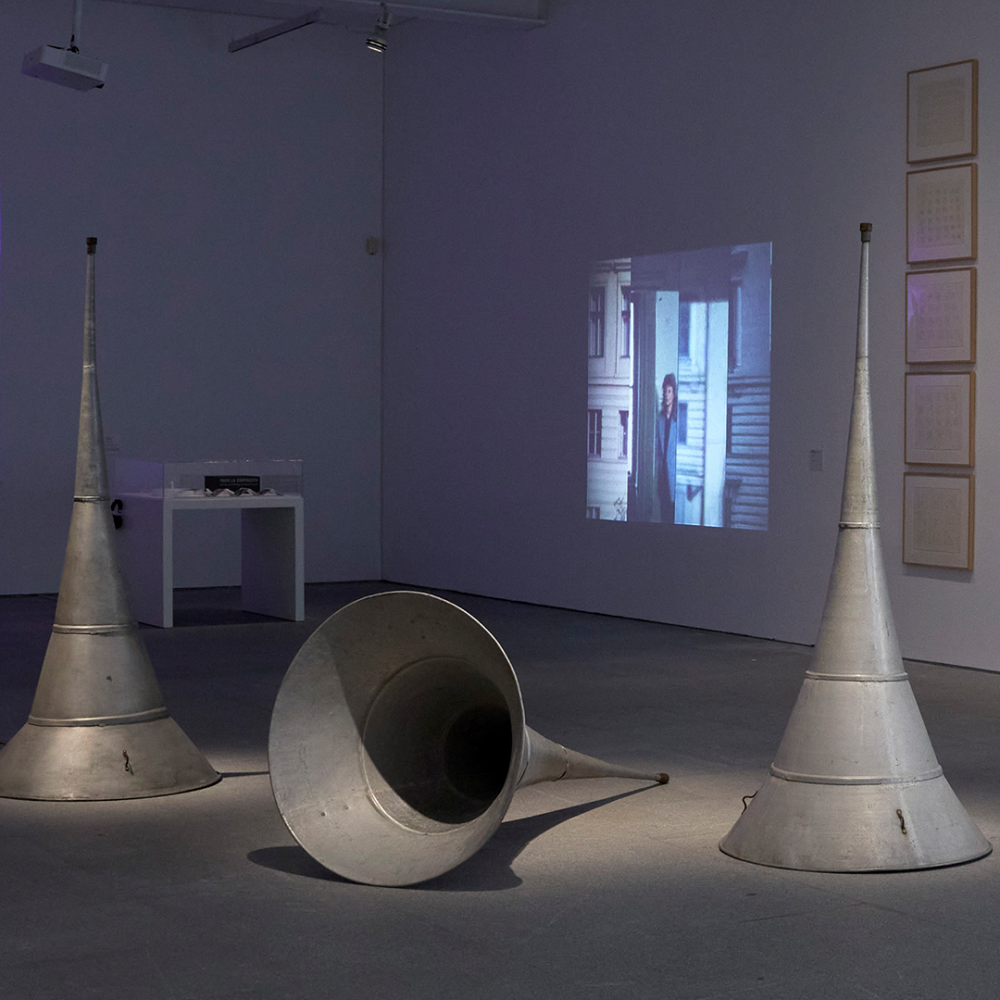