Alexander Calder returned to Paris form the USA at a time when numerous Spanish artists were getting commissions from the Spanish Republic’s Pavilion at the International Exhibition in Paris in 1937. Calder was the only non-Spanish artist to have work in the Pavilion, and his Mercury Fountain was to help highlight economic side of the Civil War, at a time when the mercury mines in Almadén (finally taken by General Yagüe in 1939) were under siege from the Nationalist army. Mercury Fountain had to find solutions to some technical problems, because the liquid mineral has to become part of the work while in movement. The model is an exact replica made by Calder in 1943 of the 1937 piece, reproducing the structure built over a 220cm wide mercury pool. The work was an example of the discourse that ran right through the Pavilion: the integration of technical elements with artistic forms. The liquid metal sprang out of the middle of the pool and poured through three metal troughs that collected the mercury and directed it to the deposit. A double steel arch spanning the circular pool held a metal spatula-shaped mobile that vibrated with the motion caused by the falling mercury. The mobile included a large moveable red circle and, at the top, the word “ALMADÉN” written in copper wire.

Alexander Calder
Artworks in the collection

Room 205.09
The International Exposition of 1937: Architecture, Art and Propaganda 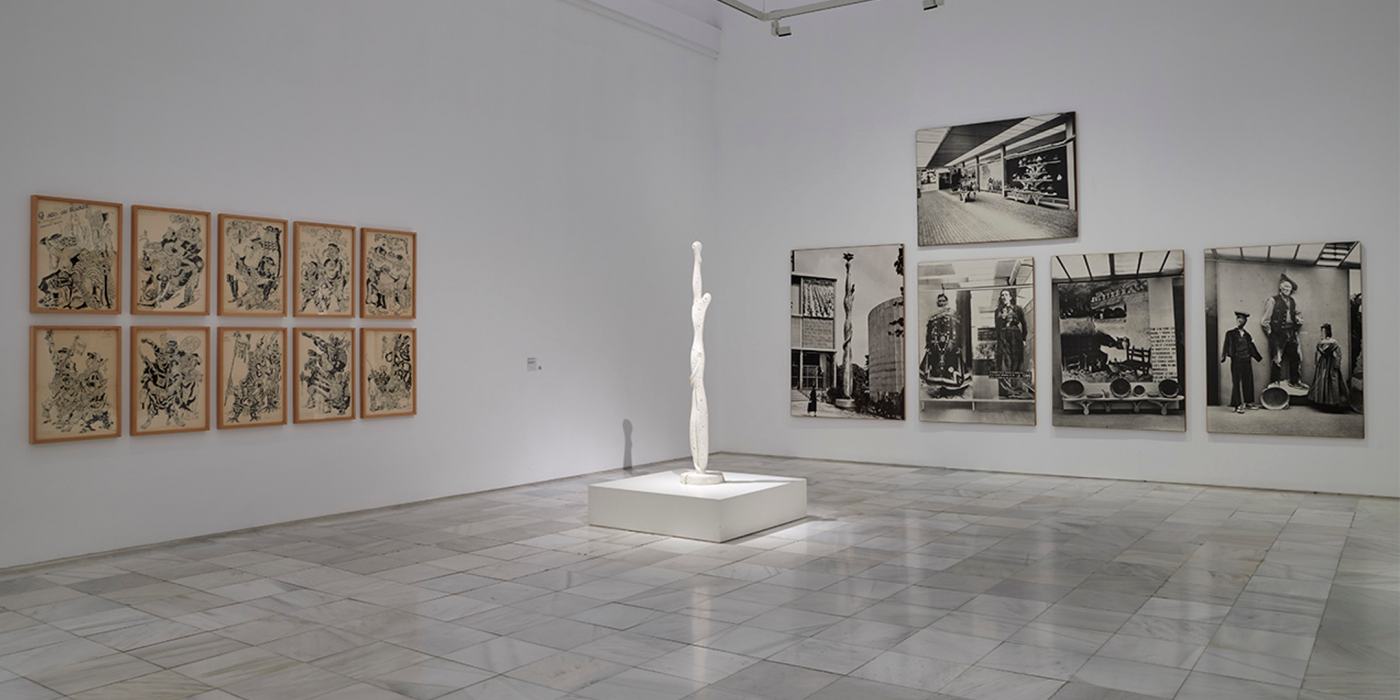