Like Picasso, Salvador Dalí included in his repertory of creations from the 1930s a series of works alluding directly to the Spanish conflict, such as his imposing drawing Estudio para “Premonición de la Guerra Civil” (Study for “Premonition of Civil War”, 1935). The painting’s surface is almost entirely occupied by a disconcerting Surrealist figure, a kind of human body that is tugging and pulling its own disproportionate limbs out of joint, with a sort of desperate foreboding of the tragedy’s imminent approach. This character, like something from the most disturbing nightmare, has been identified as often with Spain as with the Civil War itself, simultaneously the condemned and the executioners in the terrible events on the horizon.
Estudio para “Premonición de la Guerra Civil” constitutes a painting in its own right, but is also a preparatory study for the picture Construcción blanda con judías hervidas (Premonición de la Guerra Civil) (Soft Construction with Boiled Beans [Premonition of Civil War]), which Dalí painted in 1936 and which is currently in the Philadelphia Museum of Art collection.

Room 404
Artworks in the collection 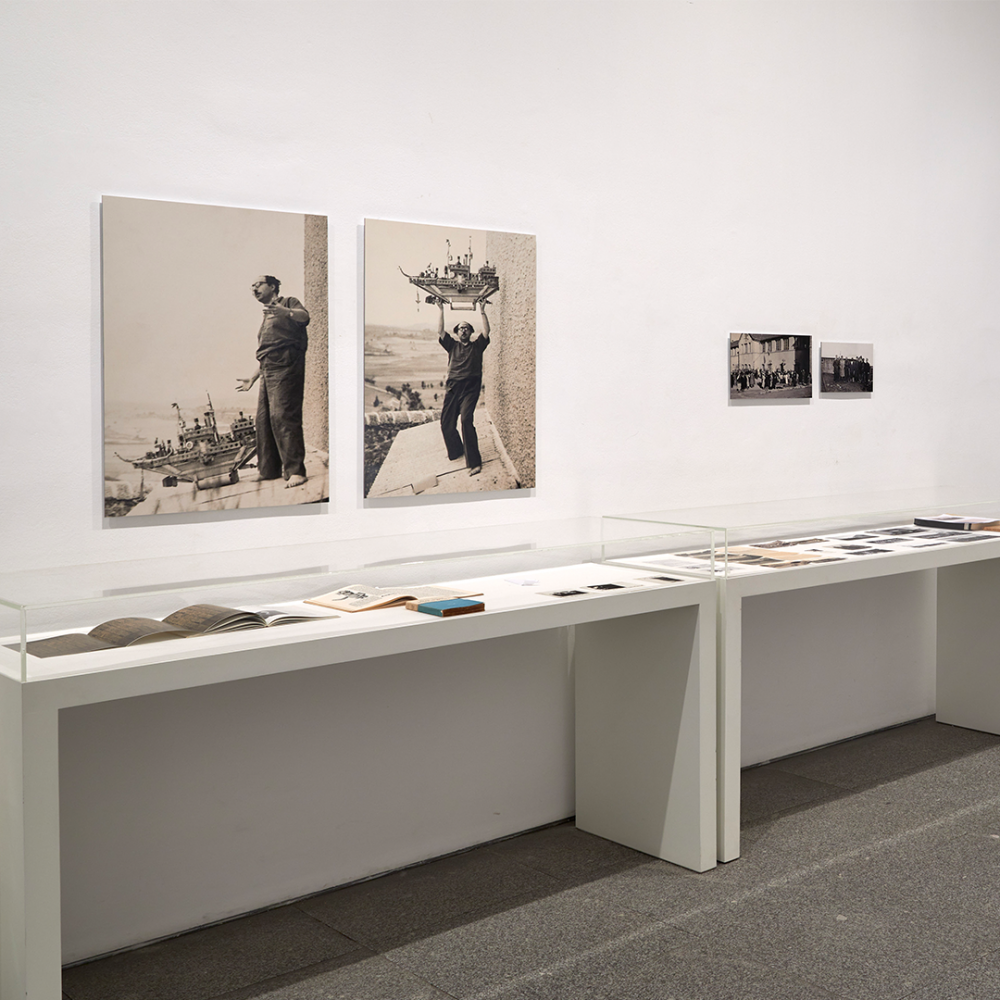