In 2010, the Panamanian collector Pedro Altamiranda Félez – a great friend of Sonia Delaunay’s – and his wife, Ary Barroso de Altamiranda, generously allowed the Museo Reina Sofía to have twenty of the painter’s works on long term loan for an extendable period of three years. Dated between 1913 and 1979, the group consists of ten gouaches on paper and card (dated between 1914 and 1979), five watercolours on paper (four dated 1913 and 1914, the other 1947), two ink drawings on paper (1942 and 1948), an album of ten lithographs done in collaboration with Jean Arp and Alberto Magnelli (1950), one lithograph (1970) and a pochoir (1964). So the works cover most of the periods that mark the career of this painter, who until the arrival of this loan was represented in the Museo Reina Sofía by only two works: Dubonnet, a painting from 1914, and La Prose du Transsibérien et de la petite Jehanne de France (Prose of the Trans-Siberian and of Little Jehanne of France), a work on paper dated 1913.Paloma Esteban Leal 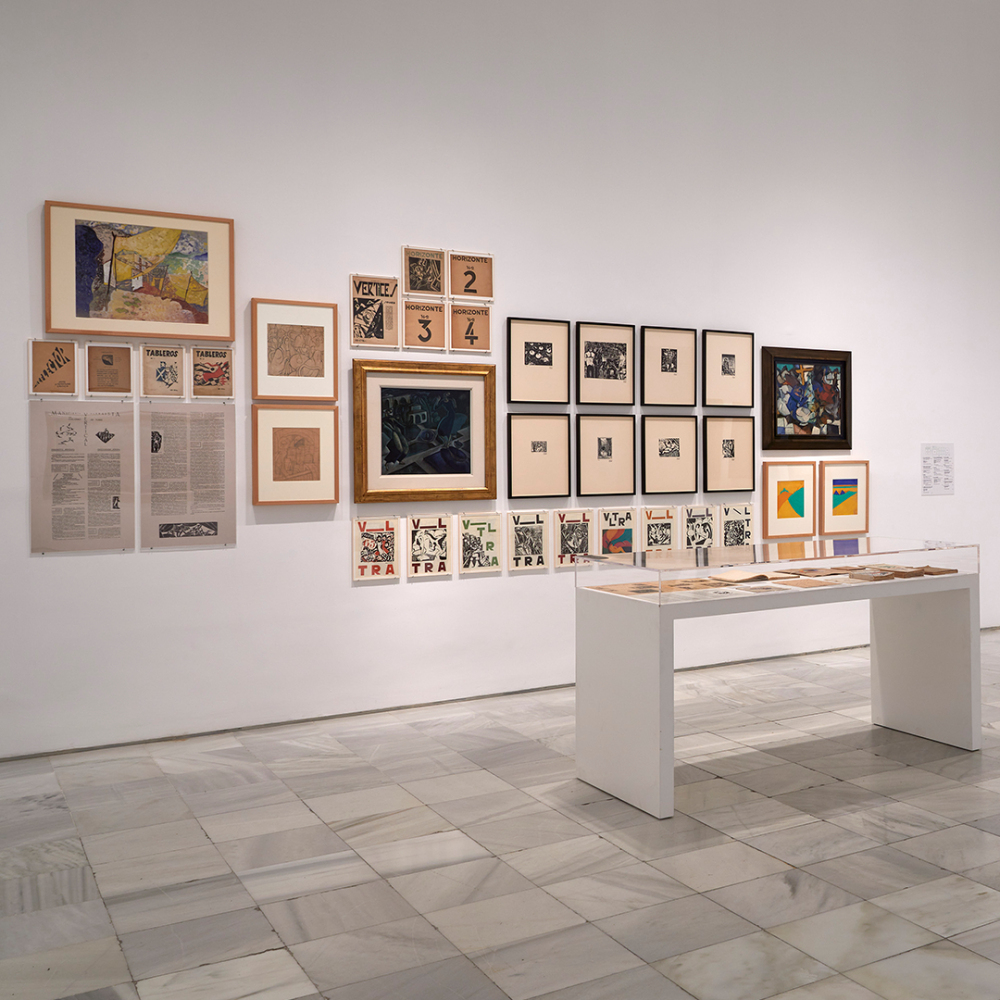