Eduardo Arroyo is one of the shapers of the critical figuration movement that emerged in Spain during the time of developmentalism in the 1960s. Arroyo, once he was forcibly exiled to Paris, laid the groundwork for an imaginary associated with a critique of political reality in Spain, the nature of the role of the artist alienated by imposed distance and the analysis of the meaning of canonical languages of the avant-garde, which had already become conventions. Using Pop Art-connected figuration alongside clearly Expressionist elements, Los cuatro dictadores (The Four Dictators) brings parallel images of Franco, Salazar, Hitler and Mussolini together into a single group as a reminder of the dark origins, rooted in interwar totalitarianism, of the dictatorial regimes that still existed in the Iberian Peninsula, and still hoped for recognition from the western democracies. The four characters are painted as dolls made from a patchwork of entrails, and decorated with elements from the dictatorial iconography that each one created along with certain other details referring to historic events (such as the concentration camp barbed wire in the Hitler effigy, or the bomber and demonstrators in the image of Franco). Somewhere between grotesque, childish and animal, yet inescapably political, Arroyo’s four portraits ensured his definitive banning from Spain, following their exhibition at the third Biennale de Paris.

Eduardo Arroyo
Artworks in the collection 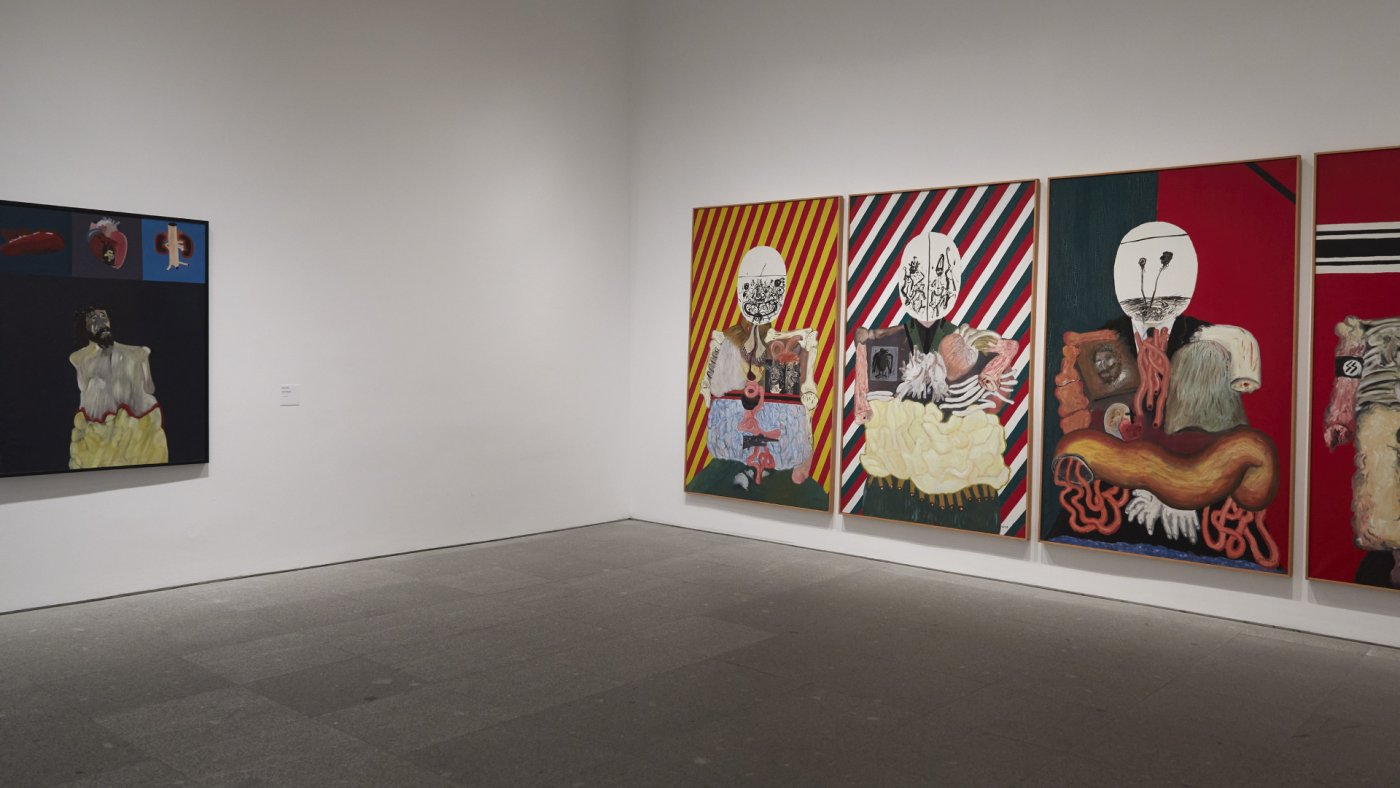