The footage for Bailes Primitivos Flamencos (Primitive Flamenco Dances) was filmed by Herbert Matte, but the documentary’s transcendence comes from its protagonist, the dancer Vicente Escudero, who first came up with the idea and did the definitive edit of this version. Escudero’s work developed around Spanish ballet and flamenco, and he became famous as a dance theorist, tracing the connection between dance and painting in writings such as “Cubist and Surrealist Influences on my Dances”. He radicalised flamenco tradition when living in Paris alongside the avant-gardists in the 1920s and 1930s. He spent time with and was influenced by artists such as Pablo Picasso, Jean Metzinger, Fernand Léger, Juan Gris, Joan Miró and Marcel Duchamp, and had his portrait done by, among others, Man Ray.
In this piece, Escudero dances various flamenco palos accompanied by back-projections and the sound of a motor, an illustration of how completely he was absorbed by the avant-garde aesthetic. These concepts, applied to flamenco, pre-empt the aesthetic revolutions of choreographers such as Martha Graham and Merce Cunningham in the international dance world. The film means that the presence of flamenco in relation to avant-garde art and Spanish popular culture can be mapped definitively. 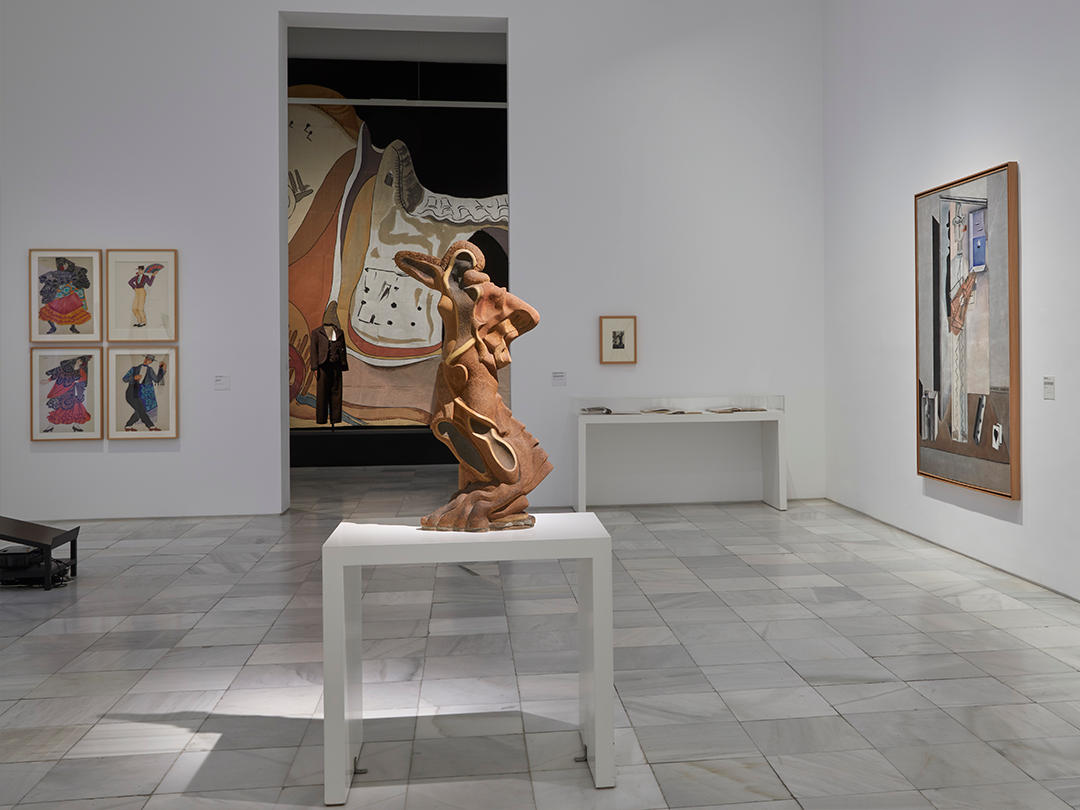