New Babylon (1956–1974) is a networked city project conceived by the Dutch artist and architect Constant Nieuwenhuys for the “total fulfilment of life”, an approach to urbanism based on the freedom of the individual through the power of play and creativity. This activity, which marks the end of the retrospective in the Museo devoted to Constant, examines this total artwork’s place in the utopian urbanism that followed World War Two through a lecture by Anthony Vidler and a round-table discussion featuring participation from José Miguel de Prada Poole, Izaskun Chinchilla, José Pérez de Lama and Ethel Baraona.

In the lapse of almost half a century since this last great utopia of European art – outlined by Constant in maquettes, photomontages, planimeters and films - numerous questions still arise, and aim to be addressed in this activity: Where is Constant’s place in the post-war urbanism related to contemporary proposals such as those from the Independent Group, Yona Friedman and Le Corbusier, among others? What is the flipside today, and how can it keep up its ability to break ground in an age when technological networks are paradoxically inseparable from the more sophisticated forms of control and nomadism is associated with uncertainty as a class condition?

Ethel Baraona. Editor, critic and curator. Together with César Reyes, she is the co-founder of dpr-barcelona, a research studio and independent publishers, and editor of Quaderns d’arquitectura i urbanisme.

Izaskun Chinchilla. Architect. Since 2001 she has directed her own studio, Izaskun Chinchilla Arquitectos, and her work has received awards at various international conferences and competitions. In 2014 she won the competition City of Dreams for her pavilion design in Governors Island (New York), which used recycled material and was built collectively. She is also a professor and researcher at Bartlett School (University College London).

José Pérez de Lama. Architect and professor at the Higher Technical School of Architecture at the University of Seville. Between 2001 and 2011 he was part of the group hackitectura.net (together with Sergio Moreno and Pablo de Soto). He has published and edited Devenires ciborg. Arquitectura, Urbanismo y Redes de Comunicación (2006), WikiPlaza. Request For Comments (2011) and Yes We Are Open! Fabricación digital, tecnologías y cultura libres (2014).

José Miguel de Prada Poole. Architect and professor of Architectural Design, Industrial Design for Housing and Emergency Architecture at ETSAM (the Polytechnic University of Madrid). In 1975 he won the National Architecture award, and was also a researcher at the Center for Advanced Visual Studies and visiting professor at the MIT in Cambridge (Massachusetts, USA) between 1980 and 1982. In 1968 he devised the Ciudad instantánea (Instant City) in Ibiza and in 1972 the space for the Pamplona Encounters.

Anthony Vidler. Architectural historian and theorist. He is dean and professor at the Irwin S. Chanin School of Architecture (2002–2012), and visiting professor at Yale and Princeton Universities, among numerous others. His publications include Histories of the Immediate Present: Inventing Architectural Modernism (2011), Architecture between Spectacle and Use (2008), Warped Space: Art, Architecture, and Anxiety in Modern Culture (2000), The Architectural Uncanny: Essays in the Modern Unhomely (1992) and The Writing of the Walls. Architectural Theory in the Late Enlightenment (Princeton: Princeton Architectural Press, 1987). 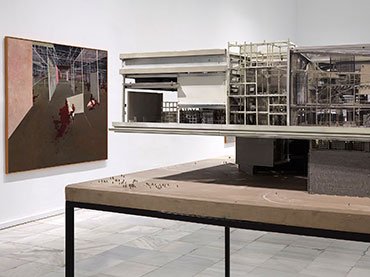 In collaboration with Aldo van Eyck and later with lyricists and situationists, Constant worked for a number years imagining architecture and urbanism that would respond to the physical and functional needs of the environment, based on the gypsy camps and migrant communities in post-industrial society. New Babylon remains an intense humanist experiment between a broad group of visionary projects by artists and architects involved in the revolt against alienating and monotonous environments in post-war reconstruction. Some these projects were utopian, for instance Nicolas Schöffer’s Cybernetic City, Mobile Architecture by Yona Friedman, the Mobile City by Iannis Xenakis and Archigram’s Plug-in City; while others were dystopian, such as Archizoom’s No-Stop City, or the Continuous Monument by Superstudio. Some, however, were part of the call by critic Reyner Banham to “invent ‘other’ architecture”. Today we can see the impact of these visions on divergent architects like Rem Koolhaas, Bernard Tschumi and Leon Krier, yet no contemporary architect has opened up a space quite like Constant’s. 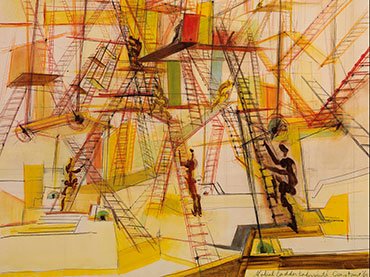 New Babylon responded to the pressing need to find urgent answers to mass and global urban growth, in addition to tackling the logic of alignment and privatisation in the contemporary city. This round-table discussion, which takes its title from a text by Constant, brings together four architects that have addressed these challenges in different ways: José Miguel de Prada Poole, through the city that instantly took shape in the ephemeral mega-structures of leisure in the 1968 environment; José Pérez de Lama, with the overflow of architecture into the convergence of digital technology, new social movements and urban territory; and Izaskun Chinchilla’s concept of organic prototypes and mechanisms conceived through play and participation. The table will be moderated by editor and critic Ethel Baraona.

Until full capacity is reached